Reports across Europe say Manchester City playmaker Samir Nasri could be on his way to the Far East as Chinese Super League club Shanghai Shenhua want him in a big money deal.

City manager Pep Guardiola is not keen on the former Arsenal star. The club is willing to sell him to Sevilla where he was brilliant last term on loan but the La Liga side say they cannot meet City’s £12 million valuation.

Shenhua are willing to pay the money and even offer Nasri up to £275,000 in weekly wages if he agrees to the move. The same club are under pressure in China after signing Carlos Tevez and making him one of the highest paid players in the world yet he has not been scoring goals. END_OF_DOCUMENT_TOKEN_TO_BE_REPLACED

PLAYERS TO EXIT UNITED THIS SUMMER After a difficult season, manager Jose Mourinho would look to reinforce this summer. As some players come in, others in the team are expected to find their way out but who would?

If United lift the Europa League title to qualify for Champions League next season, in addition to their Community Shield and EFL Cup, it would make them more desirable. With Mourinho looking to bring some stars into the team, some players would have to exit.

Top of this list is Wayne Rooney. While the skipper is playing an important role in the dugout, there is little he is contributing on the pitch where it really matters. His £300,000 weekly wages is another consideration when he rarely gets any action. There is the MLS or China or Everton FC as options. It would be a real test of Mourinho’s resolve to do the required.

Loanee Adnan Januzaj is another player that would be cut off from the team.

Daley Blind is another out-of-place player that often leaves fans worried how he arrived at Old Trafford. Ajax are a likely option with their resurgence on the continent.

Aitor Karanka seems unhappy with Everyone

It seems Aitor Karanka is unhappy with everyone on the planet at the moment. It was not a long time back when he had a go at Boro supporters and as if it was not enough, he decided to do the same to Boro owners yesterday.

Karanka reckons his employers have not cooperated with him as much as they should have and it’s because of the lack of cooperation from their side that he couldn’t form a side that he wanted to during the winter transfer window.

Steve Gibson is the man who is running Boro at the moment. He has been doing so for more than two decades and in that duration, there’s not been a single coach who has complained of him not being cooperative enough.

So, it’s interesting that Karanka has found such a man non-cooperative.

Secondly, what Karanka is saying does not seem to have a strong base because since the time Boro has rose up to the top flight, the hierarchy has approved for a number of signings to be made, fourteen to be precise. END_OF_DOCUMENT_TOKEN_TO_BE_REPLACED

Football Poems — Comments Off on BELLAMY OR GIGGS TO JOIN WELSH CREW?
13
Jan 17

There are reports that Welsh bosses could lure either of Craig Bellamy or Ryan Giggs to join the coaching crew and help train the current set of youth players. 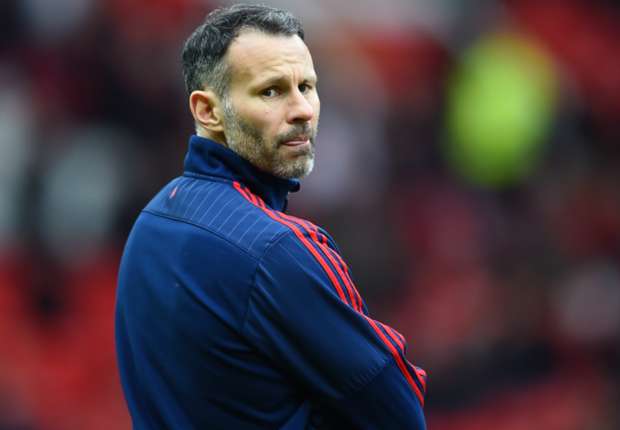 Both Wales football legends would definitely be a coup if they agree to join current manager Chris Coleman in a bid to eventually take over the team.

For Welsh football, it is a norm for something to pop up and spoil the joy when things start going well for the national team. After Coleman cemented his name in the record books by leading the team to the semi final of the Euro 2016 in France, he is sure to be upset that one of his trusted aides Geraint Williams would lose his seat as age-grade chief. There are even reports that any of the aforementioned legends might replace him – which he might not sanction.

Whilst the Welsh FA seems to be setting up a succession policy, the move may not sit well with Coleman. There are indications that the Welsh manager might not remain after the 2018 World Cup, so his employers are merely planning. The FA executed the recommendation of the FAW international committee that Williams was not the best to manage the teens anymore. END_OF_DOCUMENT_TOKEN_TO_BE_REPLACED

Manchester United midfielder Juan Mata has dismissed any speculation of a rift between him and manager José Mourinho in the past.

The Portuguese was in charge of Chelsea when the club sold Juan Mata to Manchester United for £37 million. The move was widely criticised largely because Mata was one of the best players at Chelsea back then. The Spaniard has never really hit the same heights since his move to Old Trafford, but there are signs of resurgence in the last few months. United have never managed to lose a game when Mata has been part of the starting line-up.

This statistic is likely to lead Mata regaining his first-team spot, but under Mourinho. The Portuguese is going through a difficult spell where almost every decision has been questioned. United have struggled heavily in the league despite spending yet another £ 150 million on new players. The club has been going through a period of heavy spending for the last three consecutive summers as they try to bring back the glory days of Sir Alex Ferguson. Mata has opened up on his departure from Chelsea and claims that most of the speculation about a fallout with Mourinho were widely untrue. END_OF_DOCUMENT_TOKEN_TO_BE_REPLACED

Stoke City set to miss out on Bryan Dabo

Stoke City may miss out on Bryan Dabo with the Montpellier player choosing to join French side St Etienne instead.

The Potters was interested in signing the midfielder for a fee of around £1.5m, but it seems that the player has favored to stay in France. It is believed that other Premier League sides such as Everton, Swansea and Sunderland were also interested in the 24-year old player.

Bryan Dabo joined Blackburn in 2014 but failed to make an appearance for the side. But the player has massively improved last season and his good form with Montpellier has prompted many clubs to make inquiries for the player.

Stoke City, who are keen to strengthen their team ahead of the new season, are interested in signing a new midfield player and would have felt that Bryan Dabo will make an excellent addition to the team.

Stoke City will want to take advantage of this situation and persuade Redmond to sign for them. Norwich, who has been relegated from the Premier League, will know that they will not be able to hold on to the player any longer and would want to have the best possible price for the player. END_OF_DOCUMENT_TOKEN_TO_BE_REPLACED

Tommy Smith doesn’t mind Watford having to play West Ham just three days ahead of FA Cup Round of 4.

Watford-West Ham Premiership game had actually not had to happen at this time. Its original schedule date was some time back, but, it was postponed for some reason.

Now that it has fallen so close to the Cup Semi, it has sort of become unwelcoming. The fans are worried that it might lead to the exhaustion of the team.

Tommy Smith though doesn’t share this view and says this game can be blessing in disguise.

According to Smith, it’s not necessarily good for the players to spend a long time in the wait of a hyped match as they keep thinking about it and might develop some sort of negativity.

If something comes in between that time period for them to get a little bit distracted from the big clash, it is very unlikely to harm them because they need that distraction.

For Smith, be it the semi or whatever, it’s all Football at the end of the day and you have to show the same sorts of skills to win it. You don’t have to do anything different. So, why to take it any differently? END_OF_DOCUMENT_TOKEN_TO_BE_REPLACED

Robert Pires has retired from football at the age of 42

Former Arsenal and French international midfielder, Robert Pires has retired at the age of 42. After having played with a host of European clubs, the Frenchman has ended his career with FC Goa in India.

Robert Pires made his debut with Metz in France where he will make 162 appearances for them. He will score 43 goals with them and manage to win the Coupe de la Ligue. His good form with Metz will allow him to make a move to Marseille in 1998. His good form with Marseille will allow the French team to finish second in the league and only miss the title by one point. However his second season was marred by injuries, and he will miss quite some games.

In 2000, he will make the switch to Arsenal where he will struggle to adapt to the Premier League. His poor form, as well as comments that the English game was too physical, will make him unpopular with Arsenal fans. Indeed, it was a difficult task to replace Marc Overmars who left the club for Barcelona. END_OF_DOCUMENT_TOKEN_TO_BE_REPLACED