According to a report by Spanish publication Mundo Deportivo, Barcelona might have to include Sergino Dest in the deal to sign Jules Kounde in the summer transfer window. The Sevilla defender is also a target for Chelsea but wants to move to Camp Nou ahead of the 2022/23 season. Jules Kounde has become one of the most highly sought-after players in the market on the back of a solid three years with Sevilla thus far. The French international took no time to become a pivotal player for Los Nervionenses and has also established a foothold in his national team. 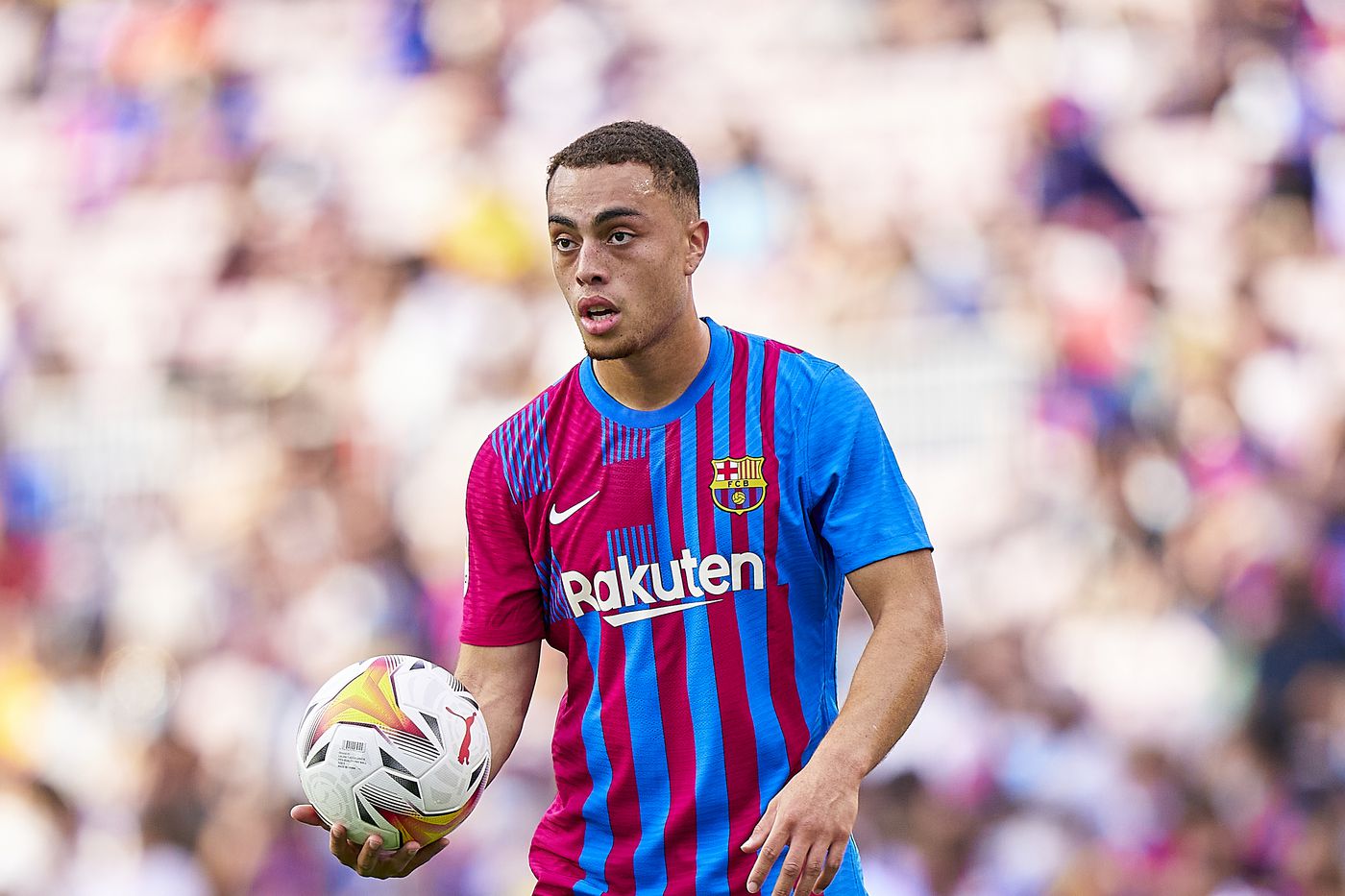 The 23-year-old has turned out 133 times for Sevilla while chipping in with nine goals and three assists thus far. But Kounde might have played his final game for the Andalusian club, with some of the most high-profile clubs in Europe, including Barcelona and Chelsea, hot on his heels heading into the summer transfer window.

The Catalan giants are laying down the succession plan for Gerard Pique, with the veteran centre-back in the twilight of his storied career. In addition, Samuel Umtiti, Clement Lenglet and Oscar Mingueza are surplus to requirements at Camp Nou, with Barcelona ready to offload the trio. Kounde has thus emerged as a viable target for Barcelona, with the Frenchman keen on joining the Blaugrana.

Chelsea once seemed to be closing in on signing Kounde, but Barcelona’s recent efforts have turned the tide. Chelsea’s interest in Kounde stems from the departures of Antonio Rudiger and Andreas Christensen, with the Frenchman a viable target to replace the exiting duo. But Chelsea will have an uphill task to land the Sevilla defender, especially with Los Nervionenses warming up to the idea of dealing with Barcelona. The Andalusian club will demand Sergino Dest in the deal for Kounde, which seems to be an understandable request considering Jesus Navas is in the twilight of his career.

This entry was posted on Thursday, June 30th, 2022 at 2:38 pm and is filed under Uncategorized. You can follow any comments to this entry through the RSS 2.0 feed. Both comments and pings are currently closed.